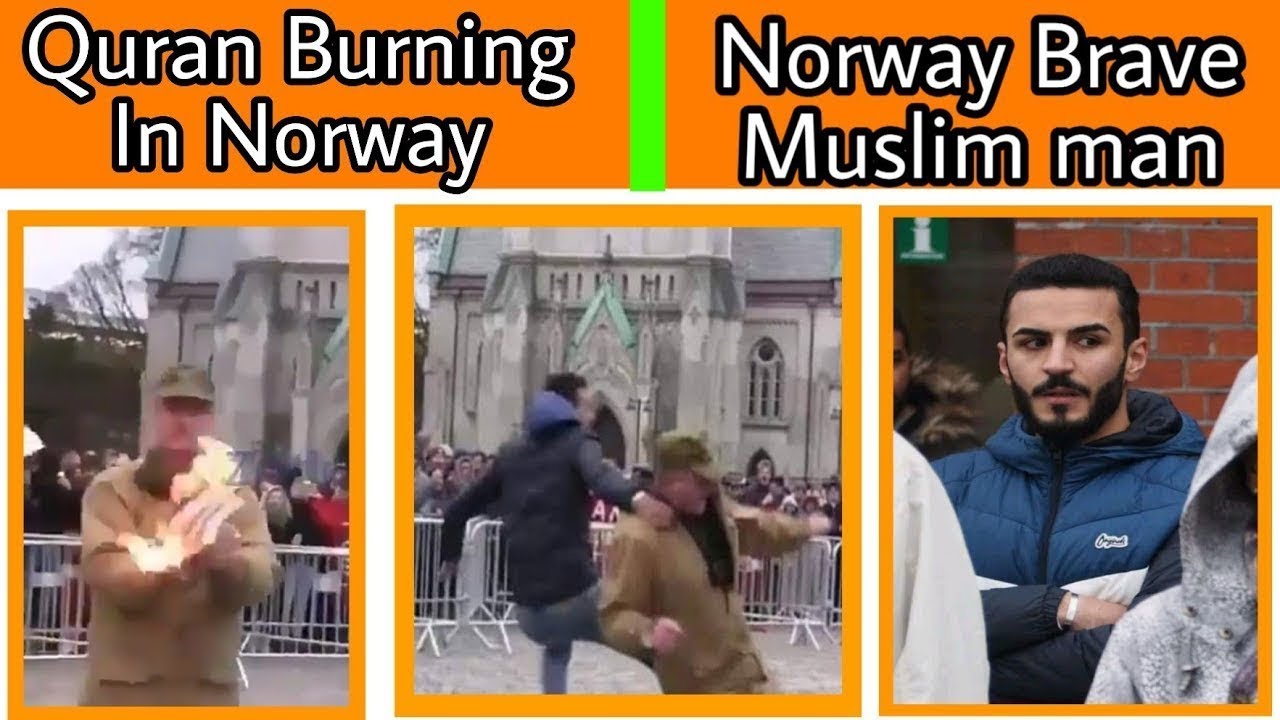 The leader of a group against the “Islamization” of Norway was attacked by several men after setting fire to a copy of the Koran during a demonstration. Footage shows police intervening to stop the skirmish. Members of the far-right group Stop the Islamization of Norway (SIAN) held an anti-Muslim rally where they attempted to burn a copy of the Quran.

In Norway, far-right group SIAN held a Quran burning protes, A demonstration held by Stop Islamization of Norway (SIAN) in the city of Kristiansand turned violent after the group’s leader, Lars Thorsen, defied a police order against burning the holy Muslim book. The rally had been approved by local authorities, but police had warned SIAN against desecrating the Koran, after the group said it planned to do so.

Get Latest News of Pak Option