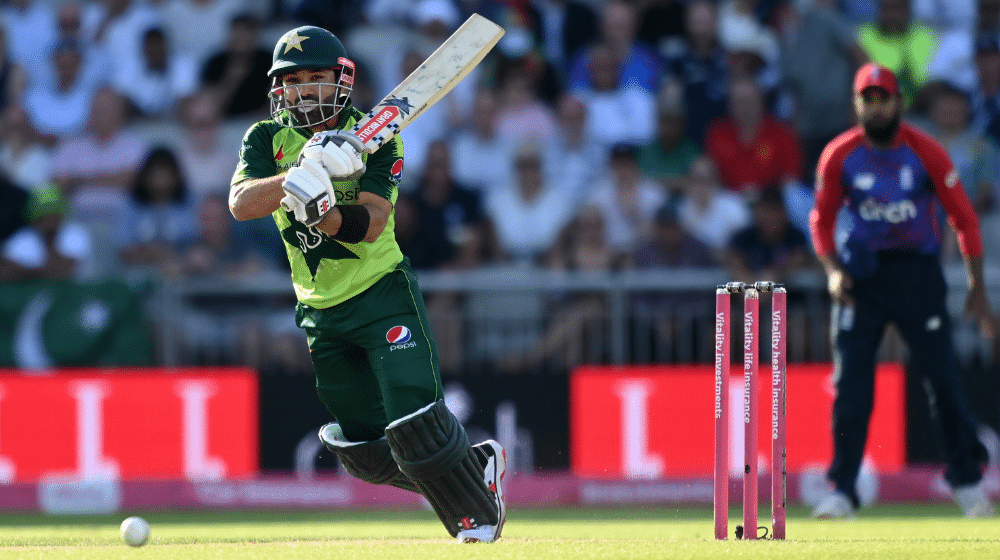 Batsmer, Mohammad Rizwan, the Pakistani Wicket-Keeper, strengthened his place in the top 10 ICC T20I batsmen rankings following a great three-game T20I series display against England. Rizwan is presently the top 7 T20I batsman in the world and has accomplished its career best.

Rizwan ended as the top rider in the 3-game series with an average of 176 runs at 88.00 and a striking rate of 138.58. Two wonderful half centuries into the series and the Pakistani batting lineup was rescued in the 3rd T20I with an uneventful total of 76.

Besides Rizwan, Liam Livingstone, the tough middle order English batsman, also took a substantial step forward in the T20I ranks. In the T20I series between England and Pakistan, Livingstone was the second highest running scorer. He scored 147 rounds, including a century in the opening T20I in the three-game series. He has climbed 144 locations and is now 27th worldwide.

The other three Pakistani players have progressed up the ranks, fast bowlers, Shaheen Afridi and Mohammad Hasnain and leg-spinner, Shadab Khan. Afridi has won four positions and is 13th worldwide, while Hasnain and Shadab have made significant progress, ranking respectively 41st and 36th.